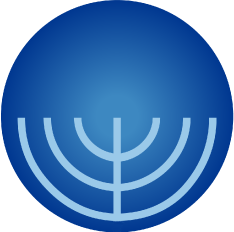 The Hungarian Jewish Heritage Public Foundation is a unique organization in the country, as its existence is guaranteed by the 1947 Paris Peace Treaty.
Since its establishment in 1997, the main task of the MAZSÖK is to make the Hungarian Jewish civil, cultural and religious life as rich and prosperous as it was before the World War II., therefore operates its tender system. Today we can talk about the renaissance of Jewish life, and the MAZSÖK also makes a great contribution to this with the support of non-governmental organizations. It is hoped that there will be an opportunity to increase the amount available in the future.

Another basic task is to take care of the Holocaust survivors in Hungary. Support for second-generation Holocaust survivors, the children of survivors, has also begun in a unique way in Europe. Of course, care is also taken to keep Holocaust survivors healthy, especially now during the coronavirus epidemic. The organization helps socially deprived families with purchase vouchers. In the resort of Badacsonytomaj, the public foundation plays a significant role in the holidays of the Jewish community, where nearly 700 people can enjoy the benefits of the resort on the shores of Lake Balaton every year.

In the 23 years since its inception, the Public Foundation has supported several individual cases. Some example:

There are always goals required by the situation, which the Government of Hungary supports through MAZSÖK.